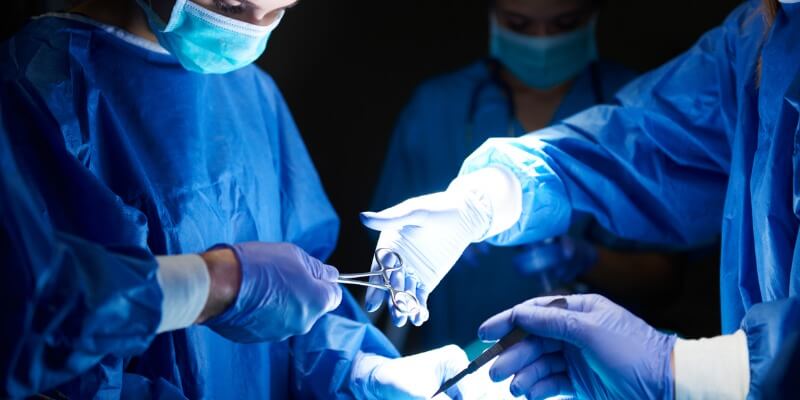 Having a wrist injury prevents people from doing simple tasks, such as taking care of personal hygiene, getting dressed, driving, and typing. Therefore, when a person suffers from damage to this part of their body, it significantly hinders his or her independence, and their ability to work.

What Are Some of the Most Common Wrist Surgeries?

1. Trigger finger release. Fingers have tendons that go from the base to the fingertip, allowing people to move and bend their fingers. These tendons are covered by a protective sheath. If this sheath is injured, the patient won’t be able to fully extend their finger.

This is known as “trigger finger” or stenosing tenosynovitis. There are three types of surgery to correct trigger finger, and they all require only local anesthesia. The patient is also likely to be able to return home that same day.

2. Carpal tunnel release. This is one of the most common wrist injuries. Once upon a time, it used to happen mostly to administrative assistants, due to the constant motion of typing. However, with so many people hooked on technology today and the constant scrolling that comes with that, this injury is more and more common. The result is an impact on the median nerve.

While many people can treat carpal tunnel syndrome without surgery, those who do need it are often pleasantly surprised to learn it’s a minimally-invasive procedure, to release pressure on the injured nerve.

3. Thumb basilar (CMC) joint arthroplasty.  Having opposable thumbs is what makes it possible for us to do most of the activities we can do with our hands, such as grabbing things, buttoning a shirt, or writing. If the thumb joint deteriorates, the injured hand can feel as if it’s almost non-functional. This is often the result of overuse or arthritis and can be resolved with splinting, anti-inflammatory medication, or cortisone injections. However, if conservative treatment doesn’t work, the injury can be resolved with a thumb basilar joint arthroplasty, in which the joint is either reconstructed or replaced.

4. Fracture management. The wrist has eight small bones. If one of them breaks, a patient might be able to heal properly with a cast, as long as the broken bones remain aligned. Alternatively, they can be realigned by resetting your wrist.

More severe fractures can result in multiple bone fragments, the obstruction of blood flow or bones becoming misaligned. In these cases, a patient may need surgery for the wrist to heal properly.

5. Tendonitis surgery. Tendons are soft tissues that connect muscles to bones. When they become inflamed, they become prone to injury. This condition is called tendinitis and is often the result of rheumatoid arthritis. Other times, the inflammation results in De Quervain’s Tenosynovitis, which is inflammation of tendons around your thumb and the side of the wrist, due to repetitive motions. Common symptoms include a dull ache, tenderness and swelling of the wrist. If conservative treatment doesn’t work, scar tissue can be removed through tendonitis surgery, to remove the pressure on the injured tendons.

6. Dupuytren’s contracture release. Dupuytren’s Contracture is a condition in which tissue knots under the skin of the hand, resulting in deformity. This can greatly affect a person’s ability to do everyday activities since it prevents the patient from fully extending his or her fingers. Undergoing Dupuytren’s Contracture Release surgery allows a person to regain full motion of the hand. The only problem with this type of surgery is that, while it allows the person to use their hands again, it doesn’t cure the disease, so there’s always the possibility that they will need surgery again in the future. However, since the contracture happens gradually over the years, having surgery can significantly improve a person’s quality of life in the meantime.

7. Ganglion cyst excision. Ganglion cysts are fluid-filled lumps that form along the tendons in a person’s hands. They vary in size, with the larger ones interfering with the range of motion of the wrist. If they are too close to a nerve, the patient can experience pain.

Although these cysts can be drained, doing so doesn’t prevent them from becoming filled with fluid again. It is therefore more practical to remove them. The good news is that it’s usually an outpatient procedure and rarely requires general anesthesia.

8. Wrist arthroscopy. Arthroscopic surgery involves making a small incision and inserting a camera attached to the surgeon’s instruments. The images are projected on a screen and your doctor uses the small instruments to correct the problem. This is a good option for ligament tears, synovitis, and fractures.

At the Orthopedic Clinic, we want you to live your life in full motion. If you’ve suffered from a wrist injury, let us help you get back to doing the things you love.