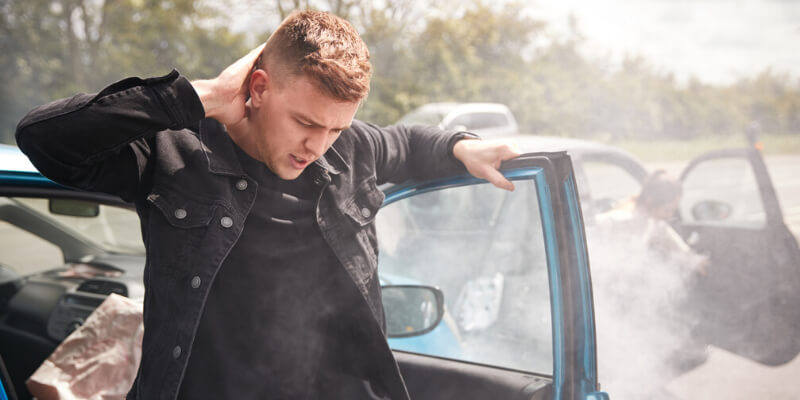 If you or a loved one have been in an accident, then you know how stressful it can be — first, the shock of what has just happened, followed by trying to get the other driver’s information, and then the aftermath. What happens after all the photos have been taken, police reports have been written, and the other driver has driven away? Should you seek medical attention? What if you don’t feel injured? Should you see an orthopedic doctor even if you feel fine?

When you get into a car accident — regardless of who is at fault — it can be incredibly scary. Your body tends to enter into a fight-or-flight mode and your heart begins pounding with adrenaline. It’s due to this natural response that people often don’t even know they’ve been injured until many hours — if not sometimes days — later. That’s why the biggest reasons for seeing an orthopedic doctor after a car accident include:

Some of the most commonly treated injuries by orthopedic physicians occur from car wrecks. That’s because the stress of collisions can cause issues like broken bones and fractures as well as torn tissues. Injuries in this manner require immediate attention and can take weeks or months to heal. The most common car wreck injuries include:

2. Degenerative diseases can be triggered by car accidents.

Sometimes car wrecks are the beginning of a downward spiral. Failing to seek treatment can often lead to future problems and prevent your body from ever fully recovering. These issues are commonly known as degenerative diseases. The most common degenerative diseases are:

3. Some injuries can result in delayed symptoms.

Similarly to how you may not feel hurt until the adrenaline of an accident has subsided, some injuries do not produce symptoms until much later. But, these types of injuries can be just as dangerous — making delayed symptoms very risky. Some examples of delayed symptoms include:

Other Reasons to See an Orthopedic Doctor

While it’s in your best health interest to see a physician following a car wreck, there are other reasons to seek immediate medical attention. The biggest reason is that not seeking treatment could waive your rights to file an insurance claim or receive a settlement if injuries or delayed symptoms show up later. This means that you’d be left paying any future medical bills and would receive no compensation from your insurance provider.

At The Orthopedic Clinic, we want you to live your life in full motion. If you’ve been in a car wreck and pain is making your life uncomfortable, let us help you. We’ll tailor a treatment plan that’s best for your lifestyle and get you back to doing the things you love. With six convenient locations, we provide quality orthopedic care and interventional pain management services to patients in Daytona Beach, Ormond Beach, Port Orange, Palm Coast, and New Smyrna Beach.