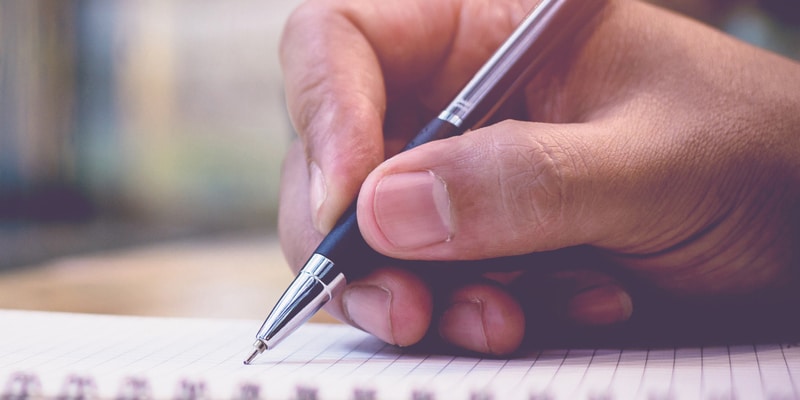 Despite all of the technological advances and society’s reliance on gadgets, there are those who still prefer to write the old-fashioned way, with a pen and paper. The same fine motor skills are also used for other types of tasks, such as playing a musical instrument, gardening, doing arts and crafts, and yes, even typing on a computer keyboard. All of these tasks, when done repeatedly, incorrectly, or under an intense amount of stress, can cause the brain to send the wrong signals to the hand muscles, resulting in focal hand dystonia.

What is Writer’s Cramp?

Writer’s cramp, also known as focal hand dystonia (FHD), is a disorder that causes muscles to contract involuntarily. Writer’s cramp is caused when the brain sends incorrect signals to the muscles. It can affect the fingers, hands, and forearms.

The signs and symptoms of writer’s cramp can vary in severity from one person to the next. However, they include any or a combination of the following symptoms:

This type of writer’s cramp causes difficulty in performing a specific task. This task is often writing with a pen or pencil. Simple writer’s cramp is most often caused by the wrong placement of the pen in the hand, poor posture when writing and using your hand too much. A further consequence of this muscle strain, is that the writer can press down too hard on the paper. This in turn can lead to pain and muscle spasms.

This type of cramp is far more generalized and can happen in any number of situations, involving a wide variety of motor functions. Also known as scrivener’s palsy or mogigraphia, this disorder will cause symptoms during any type of activity involving the hands: writing, eating, playing an instrument, applying makeup, shaving, buttoning a shirt and so forth.

Writer’s cramp can be caused by any of the following:

The following are the most common risk factors for getting writer’s cramp:

When a patient has symptoms of writer’s cramp, the doctor will perform a physical and neurological exam. This will help to determine which specific muscles are affected, and which types of activities trigger the cramps. They will also look for signs of related conditions, such as carpal tunnel syndrome or arthritis.

Writer’s cramp has no cure. All treatment options are designed to alleviate symptoms and improve the patient’s quality of life.

Treatment options depend on the severity of the muscle cramps. Some patients react well to physical or occupational therapy, while others require medication or injections. In rare instances, when conservative treatment doesn’t yield results, surgery may be necessary.

The most commonly experienced complications of writer’s cramp include:

How to Prevent Writer’s Cramp

While writer’s cramp cannot always be prevented, there are things you can do to lower your risk of developing it. These include:

At The Orthopedic Clinic, we want you to live your life in full motion. If you’re experiencing symptoms related to writer’s cramp, let us help you. We’ll tailor a treatment plan that’s best for your lifestyle and get you back to doing the things you love.